Brett Kelly is a local tour de force of artistic creativity. He has been one of the local scene's most prolific filmmakers, and markets his films worldwide. While he has made films in diverse genres, he is especially well-known for his horror films. Fans of the genre may recognize such Kelly titles as Raiders of the Lost Shark, The Bonesetter, and My Fair Zombie, which he also wound up producing for live performance. 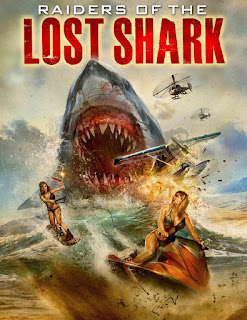 Brett has made it possible for numerous Ottawa/Gatineau actors to get a screen debut, sometimes in conjunction with appearances by onscreen notables such as Kevin Sorbo (remember Hercules??) and Joe Estevez. These days, he is busy preparing his second live musical, Phantom of the Opry, which debuts at the Gladstone Theatre next month (see the link for tickets!), running from February 22 to 25. Fun crossover fact: the music was written by Joel Elliott, aka Jumpin' Joel Flash, who was interviewed on this blog in an earlier post. 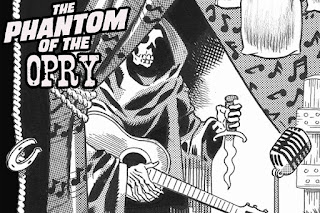 Sneak peek of the Phantom >:]

Below, Brett gives us some background on the new production, talks about what he'll be releasing in 2017, and shares a fun fact about his past :)

SceneRazr: You're a prolific film director who typically wraps multiple full-length films every year, and you have a busy family life as well. Musical theatre performances have demanding time commitments - what prompted you to add them to your dance card?

Brett Kelly: I just felt like flexing a different muscle. My background is in theatre and it's a great outlet that has many of the same perks as film except the benefit of immediate response from an actor or an audience. It's nice to mix it up a bit.

SR: With your first musical theatre production, My Fair Zombie, you created a film version first. Can we look forward to a film version of Phantom of the Opry at some point? 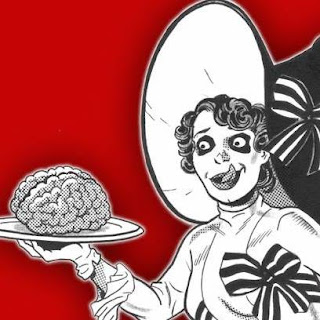 BK: I hadn't really thought of it. Never say never I suppose.

SR: The theatre production of My Fair Zombie was, like your film version, faithful in many ways to the classic story it parodies. Without giving any spoilers, would you say that Phantom of the Opry draws on Phantom of the Opera to a similar degree?

BK: This one is much less faithful to Phantom of the Opera. I dipped into several different adaptations for inspiration. This one is set in a country and western show in Calgary, not quite Paris. LOL It's good old silly fun. Laughs and catchy tunes.

SR: I've heard you say that, of all the possible jobs in filmmaking, you enjoy acting the least. Yet, you are a gifted and engaging actor. Would you consider taking a role in one of your own live theatre productions?

BK: Thanks, that's very kind. I like acting, just not in my own productions. Directing is a job that takes all my attention. I'd happily act for other directors.

SR: About your creative process: does the medium you're creating for (film versus live theatre) dictate how you create your stories? Or do you create the story and find a way to make the medium fit with the story you want to tell?

BK: Good question. I guess for me it's all about the title. A catchy title with a hook inspires me. Usually I think of the medium first, then the title, then the rest comes naturally I suppose.

SR: It is notoriously difficult for people in the creative arts field to be successful in a town better known for politics and hockey. What would you say has been the key factor in your ability to work and develop in your field?

BK: It's certainly not easy to create in Ottawa but we do what we must to scratch that itch. The key factor is that i'm stubborn and once I get an idea in my head, no one can tell me that I can't get it done.

SR: Do you think that more can be done, at a municipal, provincial, federal or community level, to support creative arts in Ottawa? If so, what would you suggest?

BK: Sure, more can always be done to support the arts. I'd put the onus on the general public. Don't depend on the government to pay for your entertainment. Support independent art.

SR: Amen to that. Tell us a bit about what 2017 looks like for you. Will you be releasing films? Any plans for more musicals?

BK: In 2017 we should have the movie GHASTLIES out on DVD and VOD. It's an 80s inspired Creature Feature. We also hope to have the film COUNTRYCIDE playing festivals. We are also planning a Christmas theatre production. Not sure yet how musical it will be but it will no doubt involve music in some capacity.

SR: Do you have any New Year's resolutions? If so, which one is the first one you'll break?


BK: No resolutions in the traditional sense. I'd like to maybe play a few hair metal shows. LOL Long story. 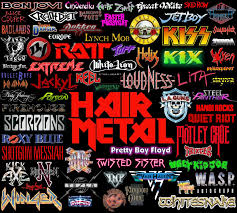 I've actually seen Brett wail to some of these bands  >:]

SR: Ah yes... you have a rock and roll past in addition to your other talents. And it's not uncommon for you to be invited to get onstage and take the mic at local metal shows these days. Care to tell us more about your mad, bad rocker side? And will you be putting a band together any time soon?

BK: When i was younger I sang in what is now known as a hair band. Occasionally I entertain the notion of doing some fun shows a la Steel Panther but with legit love for the genre. We'll see if i can get something going or if i chicken out. I have the range of a daisy air rifle but i have a blast. Lol

SR: It was great to hear about the new production and your upcoming films... and we'll keep our ears stretched for any hair metal efforts  >:]  All the best for 2017, Brett!
Posted by SceneRazR at 01:01