Does Ottawa need MORE music clubs? Or does it need more SUPPORT for the clubs it already has?

It was great to see so many sold-out gigs on the Ottawa scene recently - a fact that was picked up and highlighted by Ottawa Citizen arts reporter Kirsten E. Endemann. 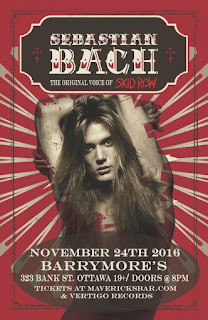 Citing acts such as Coleman Hell and Ria Mae, who sold out Zaphod Beeblebrox on November 24, and Sebastian Bach
who sold out Barrymore's Music Hall on November 26, Ms Endemann offered the opinion that these performances are "...evidence Ottawa needs more music venues, not fewer of them." 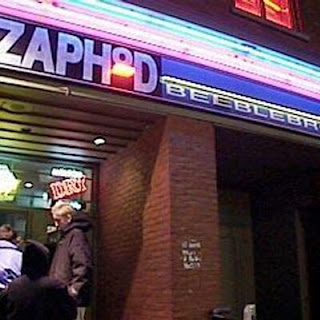 The nightclub at the end of the universe (or the middle of the Byward Market...)

Hmmm. My personal sentiment is that, we have plenty of Ottawa/Gatineau venues... we just need more of them to be sell-out shows. If we have clubs that are sitting empty on many nights, despite the fact that they are offering quality entertainment, I don't think we need more empty clubs. What needs to happen? More support for small business from the city? More support from art consumers? More grants for artistic enterprise?

Well I don't run a local entertainment business, so I don't want to speculate too closely ... instead, I'm interviewing some real local club owners who will tell us what is actually going on in and behind the scene, and what they think would make the Ottawa arts community more healthy and vibrant - with tons more sold-out shows. Coming up shortly, dear readers!
Posted by SceneRazR at 21:26