Hey Maniacs, I have a must-see for you if you want crazy vox, belly laughs, and a feast for the ears and eyes. I'm talking about Jumpin' Joel Flash, a musical act that is taking the acoustic pub circuit by storm - and that will soon be moving to bigger and louder venues as the band's lineup expands.

Jumpin' Joel Flash took the stage at the Avant Garde Bar last Friday as the second of three bands, playing to a very packed house. In fact, it was so packed that the only pictures I could take were of the back of other peoples' heads. 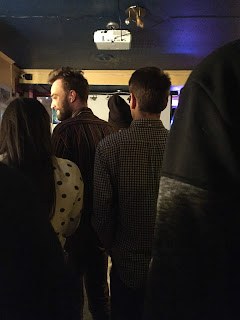 I need to be taller

I love the Avant Garde Bar. I'm a major Russophile, and Avant Garde is a Russian-themed cafe/bar that has a very hammer-and-sickle art vibe going on with lots of pre-perestroika era propaganda posters on the walls. The bar is small but well-stocked and there was a large and thirsty population crowding about it when I arrived. Ochen' kruto! (Russian for: Very cool!) 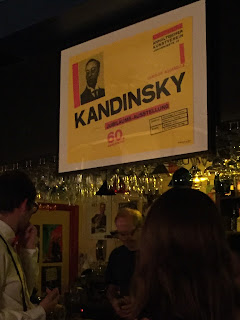 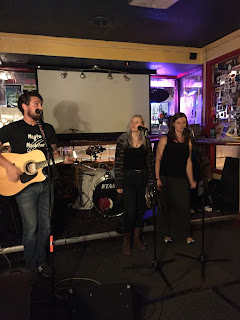 Joel plus Robin and Zoe

As the performance rolled out, it struck me that this band is the PERFECT act to see if you are going on that awkward first date - the one your brother/sister/best friend/(god forbid) MOM set you up on because "I know you don't know him/her very well but you two would be PERFECT together" and so you meet up with mister or miss Perfect and find out that you have NOTHING TO TALK ABOUT and spend the first three quarters of the date in agonizing attempts to find common ground so you can actually have a conversation. Or that first date you set up yourself where you feel very triumphant but are dying with anxiety, hoping that all goes well, and are second-guessing yourself because you are worried you won't be smart/funny/entertaining enough. Well, problems solved, dear people: make a Jumpin' Joel Flash gig your first date destination of choice. Here's why: there is so much going on during the show that you will a) be so entertained that you will not have to make conversation; b) be able to laugh together at the genuinely hilarious byplay onstage (laughing together = raised endorphins = major attraction); c) be so blown away that you will have plenty to talk about after the gig. 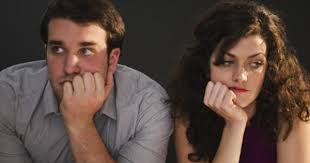 Joel starts off with a wickedly entertaining takeoff on a classic Johnny Cash tune, and segues into pop tunes, Disney tunes, original tunes, all peppered with frequent jokes, improvs and audience participation sequences - propped up with entertaining interplay with his backing vocalists and musicians. Make no mistake: to really appreciate it, you HAVE to see it.

With this in mind, SceneRazR managed to catch up with this very busy dude after the gig to get more info on who he is, what drives his shows, and where to stay on top of his performance schedule (awkward first daters take note!). Interview to follow, dear readers. Meanwhile please visit www.jumpinjoelflash.ca to get up-to-date on Joel's latest and greatest events!